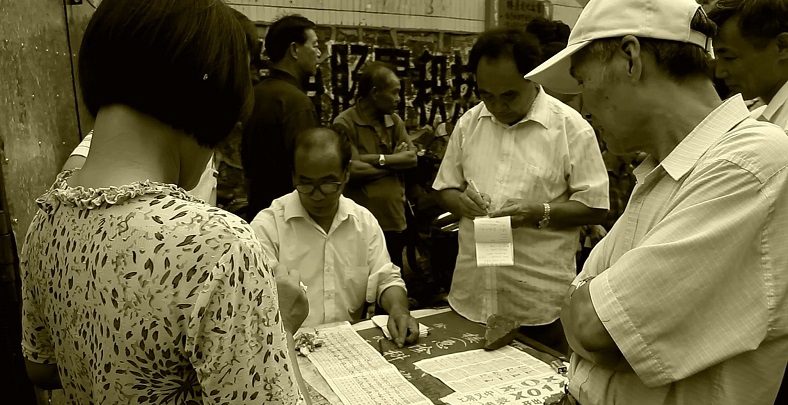 How many towns as we know in China, both rural and urban, come with exactly the same conditions as described in the film?

We translate the local audiences’ reviews about issues presented in the film into English when possible. In this way, you can take a look at what local people think about these issues and have in-depth understanding about them.

Warning: spoilers may apply. To ensure the best viewing experience, we suggest that you watch The Debts first and subscribe now for 20% OFF. Not sure if you want to watch? Read endorsement from other people.


Table of Contents hide
1 Why is the city great? Material desire is endless.
1.1 Gambling
1.2 Love and Marriage
1.3 Copycat
1.4 Bribes
1.5 Cat-and-mouse Regulatory Relationship
1.6 Others
2 Where does joy come from? Sad heart.


Why is the city great? Material desire is endless.

The title of this movie is weird: big city with happiness*. Talking about the “big city” first, that sounds like it’s an international metropolis. But in reality, it’s fairly tiny and just an ordinary small town.

*The English translation of The Debts’ Chinese name is big city with happiness.

From another angle, however, the city is not small at all. How many towns as we know in China, both rural and urban, come with exactly the same conditions as described in the film?

Like what appear in the film, no matter officials, common people, upper-class woman, or head of a gang, everyone gambles. Playing Mahjong has become the most common and the first way to kill time. On this point, how representative China is as it was once known as the country with nine over ten people gambling? Is it normal? Is it worth advocating? As a result, how much time is wasted driven by the desire to win money?

It is all right for a girl to live with her boyfriend together, but must wait until the boyfriend to become rich to marry him. A single woman dresses up the most when meeting with a senior-official lover, not her boyfriend. An official with a wife may arrange the position of a mistress at will in her working unit. In addition, a wife can know about her husband’s extramarital affair without interfering, and this can be her leverage to control him at critical moments.

Are you familiar with these plots? Who hasn’t seen them around and get used to? Is it normal? Is it reasonable? Most importantly, how does the longing for love and duty become the leverage of material desire?

Are you familiar with KMC and KDF? Chinese people’s imitation of KFC and McDonald’s is endless. Not only the western fast food, whenever there is profit in any field, the copycats would go on sale right away. Being copied has almost become an honor.

Is it normal? Is it reasonable? The invasions towards modern civilization and copyrights by the Chinese, who claim to be an ancient civilization with the four great inventions, are a piece of cake. Not to mention the pirated products that almost everyone benefits from.

Subordinates want to get promotion, and clearly the leaders are decision makers. But the leaders would say that it is the country or organizational procedures what can make decisions. How do you get these so-called decision makers to reach a satisfactory conclusion for the subordinates? The answer is money. Besides, how much money is needed depends entirely on the appetite of those in power at the time.

Is it common? All those fallen corrupted officials are quite familiar with the rules. Of course, you could say that they are the minority. If you believe it, I will believe this fairy tale with you. Is it normal? How many people are used to this rule, even at times, not giving out gifts makes themselves uncomfortable? Even spending unnecessary money just in order to feel relieved? Who is causing all this unrest? Which city does not have such a large group of people who will not allow themselves to gain legitimate interests without making some sacrifices?

Not only the wife’s supervision to the husband who keep a mistress, but more in some authorities’ supervision to violations. The authorities obviously know there is a sign of violating the one-child policy by the gang head’s wife. They usually never disturb even if she is pregnant again and only catch when in need of money. Making a phone call to say that there is an inspection from the superior to fine the violation.

There are more examples such as lending money at usury, setting up underground banks, taking drugs, brutally killing animals to satisfy appetites. Or indifference to the disappearance of other life, defense of the right to personal desires, and materialization of all kinds of love and relationship, etc.


The events described in the film are not just happening in the virtual town. No, a small virtual space represents a large real space. Under the premise of material desire expansion, no city can be separated from this small town.

Where does joy come from? Sad heart.

NO! There is an important person missing. The one at the bottom of the chain who could have made a fortune. The drug addict, the least socially connected person, is poisoned because of the conflicting interests of others.

All people are uniformly silent and indifferent to his death. His blood is on all hands. Everyone seems to have nothing to do with it and can be intoxicated with the pleasure of satisfying desires.

What kind of happy event is this? This is the most heartless indictment of a society that is sick!

Want to learn more about issues presented in this film from the director’s point of view? Read interview with director Wiseman Wang.