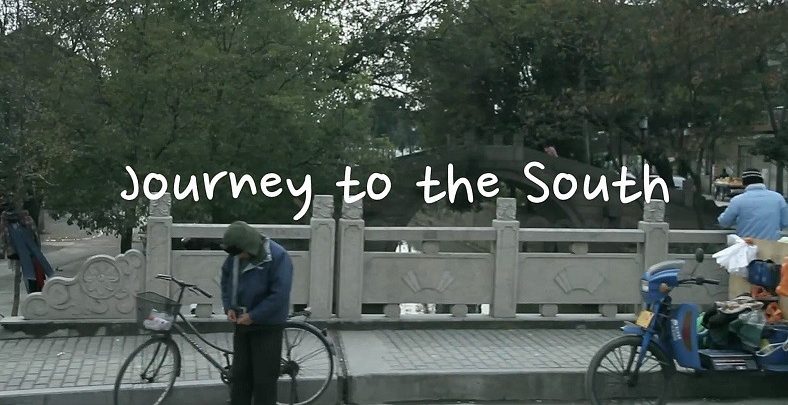 Where are so many stupid people who like to be a numb person, being bullied and have dissatisfaction without venting their anger? No, expressing thoughts and emotions is a basic function of a person. They look numb just because they have to.

We translate the local audiences’ reviews about issues presented in the film into English when possible. In this way, you can take a look at what local people think about these issues and have in-depth understanding about them.

Warning: spoilers may apply. To ensure the best viewing experience, we suggest that you watch Journey to the South first and subscribe now for 20% OFF. Not sure if you want to watch? Read endorsement from other people.


Table of Contents hide
1 Our Reality
2 What Does the Film Want to Express?
2.1 Numbness
2.2 Accomplice
2.2.1 Within The Power
2.2.2 Within The Whole Society
2.3 Repression Without Exit
2.3.1 Human Emotions in the Social Reality
2.3.2 Courage for Resistance
2.4 More Details
3 The Bottom of the Society
4 Bing’s Re-socialization
5 Social Problems
5.1 Forced Demolition
5.2 Education for the Children of Migrant Workers
5.3 Medical Treatment

This film is our reality: in the name of “urban construction”, there is no human way to tear down the houses that we have lived in for decades or even centuries, regardless of our feelings that have been preserved for generations. The government and business simply collude with each other to occupy the land and oppress common people. In addition, there are children who have no school to go to and are not included in the “system”.

Many of the policies that sound extremely good are not for the vast majority of people. But those small-part happy ones always think that they also represent the majority. They collect fees and charges for many noble reasons which we can’t say no. We pay taxes, and then pay fees, and then pay more fees they want to charge. All of these money support them to own a lot of advantageous resources exclusively, such as education, culture, mountains and rivers, and economy and so on.

Human dignity has been repeatedly trampled on, and we are not allowed to express dissatisfaction. We are Bing, and what he has encountered is what most of us have experienced. He walks the same path that many of us have. His humbleness, cowardice, goodness, and helplessness are just what many of us experience when facing these things.

What Does the Film Want to Express?

What we see is numbness of people, but what we need to analyze should be the cause. When facing power and injustice, Bing is not the only one being numb, but many of us. And it’s not that we want to be numb, it’s that we have to.

Let’s say our house is demolished and we have no place to live. We want to tell people that this is the house left by our ancestors. However, the influential officials don’t care. They don’t care whether a person has feelings and love or needs memories. They think they represent the group. Therefore, they do what they want in the name of the group. If something is wrong, they find a scapegoat. If everything is fine, they share the dirty money. Where can we accuse them? Each of their departments is interconnected and serve each other. Together, they are accountable only to the supreme authority. Do we have choices other than being numb? Being alive is first and foremost.

I always see a lot of newspapers and books talking about the numbness of modern people. I sometimes think about this question: Where are so many stupid people who like to be a numb person, being bullied and have dissatisfaction without venting their anger? No, expressing thoughts and emotions is a basic function of a person. They look numb just because they have to.

Accomplice within the power is like the whole charging system in this movie. They start charging and collecting money according to the provision they made for fees. You talk to a screw in the system and say, “Your system doesn’t make sense.” All this screw can say is: “It’s my job.” Look, he’s doing his job. Is he wrong? No. So what went wrong? The system was wrong before it was built: They subconsciously do not believe that the people they rule have the right to resist oppression and think.

Within The Whole Society

In this film, when Bing was beaten for fairness, a group of people related stood watching. They are probably like Bing, coming here to pay some unreasonable expenses. But no one wants to help, not even to say a word of justice. The reason for this is a very terrible and powerful force which contains fear, numbness, selfishness, indifference, and materialization of people. (What is the difference between human being and ordinary things, when he can’t express himself by thinking?)

Furthermore, what would happen if they give Bing a hand? We all know that we are just fish, and the big net is right above our heads. Even if we break through the net here, another net will fall. Therefore, for the sin of accomplice here, perhaps I should express as there is a big sin first, then there is a personal small sin.

Human Emotions in the Social Reality

At the end of the movie, the depression that have been building up all the way before is released in a way that makes people feel too optimistic. I first saw the director’s attention to human emotions in the social reality in the plot of resistance with life. In recent years, there have been many similar incidents of deadly resistance in the society. After the media exposure, there may be a slight abatement or maybe those people have died.

And government officials simply either are relocated to other positions at the same level or return. What is the value of the ordinary people’s life? Maintaining the strong regime is the first priority. No matter how many people die, there will be another generation. What does it matter? Isn’t that what they did in the last few decades? Holding on to the regime and taking advantage of it is their long-term goal.

Besides, how many people have the courage to resist in reality? What I’ve seen is that two generations have been repressed in this way. Most of us already don’t know how to question and make a self-examination. Not all of us end up with a chance to rebel because of a screw’s slight oversight. Or even with such an opportunity, how many people are willing to “blackmail” such a large sum of money without conscience? If he is not really forced, cheated out of no way, how would the good and honest Bing have such a nearly crazy criminal behavior?

Tolerance is the norm. Is that a wake-up call? To wake up is to put your life there to extort a sum of money? Is this the awakening of the weak? Is it the only way to wake up? How many people standing there watching are waken up? Those who kill doctors and children in reality are actually part of Bing.

Some of the details of the film are well presented. The ticket girl feels she has done something wrong and asks her uncle not to fire her. This is a familiar thing around us. As long as one person has the power, he can benefit the whole family and even the whole nation, and put his relatives and friends in a chain of benefits. This is also a very important reason for the current social corruption: Individual is beyond law.

Then there is Haopo, who tells of a social phenomenon with the dialogue that her house is torn down but wouldn’t tell her son studying in England. It makes me wonder if her son is studying hard abroad. What is his major? What ambition does he have? Does he remember his mother’s poverty? Has he ever thought about coming back to improve the social environment? Or is he spending his time in drinking and pleasure?

Through this film, I once again see “minority”, which not only refers to people such as Bing, children and people without money and power. It also refers to many behaviors such as thinking, dignity, resistance, culture, independence, and so on.

The Bottom of the Society

In the film Journey to the South, people around the leading role Bing are those at the bottom of the society. They lack a lot of social survival skills, their social adaptability is poor, and their state of the economy is similar. One of Bing’s friends actually can only get rich through illegal criminal behavior such as pyramid schemes, but this kind of gain is not what Bing wants.

Bing is a member of such a group. They are very simple, but simple physical labor can’t change their living status. They are very kind, but these kind people can’t get back overdue wages from the boss. Furthermore, they are very filial, but don’t have a hundred thousand dollars for the kidney treatment for parents. People of this class are always on the edge of society. They don’t trust the government, and they can’t afford to offend the underworld. As the saying goes, if you don’t die in silence, you break out in silence. They live under such pressure all the time.

It is understandable that the film reflects social life from such a group of people’s point of view. Although they are not the main body of the society and can’t represent the whole development trend of the society, their stories are enough to prove that the social stratification has become increasingly serious.

We can also see the journey of Bing driving all the way to Guangdong province as a process of his re-socialization. It seems that Bing doesn’t very much understand the worldly wisdom that others know in social life. So along the way, he is actually learning. From the overloading fine to the hotel caught, Bing seems to understand something. Therefore, when he is fined again for overloading, there is a bargain.

Bing’s trust in the government is low or absent. He would rather pay a little more to get his driver’s license instead of sitting in the lobby and waiting day after day. He should agree that anything that can be done with money should never be done with the government.

Get to know more about Jim Wang, the actor who plays Bing’s role.

In the film, social problems are shown everywhere, and most of them are expressed in a negative way.

Education for the Children of Migrant Workers

Bing’s son doesn’t have a school to go to. Besides, the high sponsorship fees that parents must pay to schools are a problem for the children of migrant workers. Like many parents, Bing came to build a beautiful city so that his son could have a good future. This is not the case, however. While he makes the city beautiful, he also delays his son’s education.

The film does not directly express dissatisfaction with China’s current medical system from the perspective of poverty caused by illness. However, we can see that from the impact of Bing’s mother’s illness. Facing hundreds of thousands of medical expenses, Bing is helpless.

A former official of a prison in Nanjing

Want to learn more about issues presented in this film from the director’s point of view? Read interview with director Wiseman Wang.