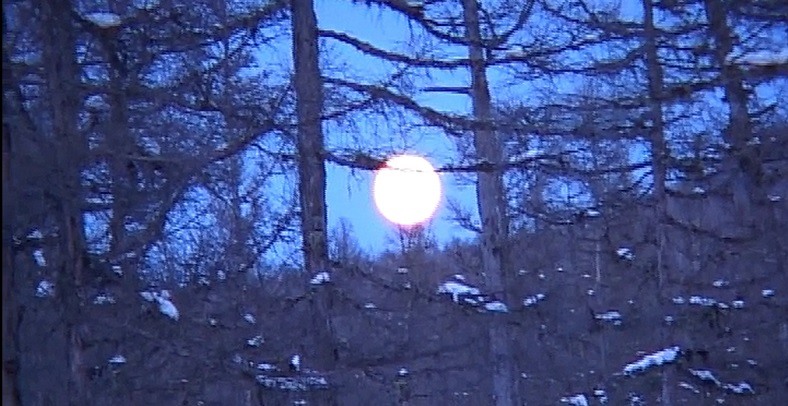 The whole film is to voice for the Evenki reindeer herders, so that this group, which has long been said by the mainstream propaganda that “has got out of the backward primitive production into a well-off society”, can get people’s attention again from another perspective.


Table of Contents hide
1 Short Comments
2 A Film With “Spirit”
3 Moved to Tears
4 The Energy of the Field Documentary
5 The Most Suitable Recorder for the Evenki
6 The Narrative Tradition and Poetry of the Film
7 The Nostalgia in Aoluguya, Aoluguya

Gu Tao could be said to follow his father to film the Evenki, presenting a unique and interesting survival situation.
-Rong An

It is a success to make people forget about the director, and to let viewers have a sense of visiting the place they never knew.
-seabisuit

Gu Tao is an unknown person who works hard to defend multiculturalism. I always believe that the people who improve this country are those that are not flamboyant, not showing off and unknown.
-Qing Feng

This film lets more people who love forests know about forests and the life of their children.
-Bi Hu

The family, livelihood and human nature of all kinds of tugs are shown on this ancient land.
-Shi Liu

It’s exciting to watch. There was a kind of gloom.
-Zui Hou De Chu Mo

You’ve never been in such a state of life.
-Ba Sai Luo Na Dan Gao

Such a kind of survival, such a record, is really remarkable casual. It’s simply like the words in the film, “nature is so casual.”
-Feng Zhong


A Film With “Spirit”

In the 1860s, the wave of “real films” emerged in France. Jean Rouch, the founder of “Cinéma vérité“, insisted that the most important thing in documentary films should be “spirit”. Professor Zhuang Kongshao explained “spirit” as “the interaction between subjectivity and visual reality”, that is, something similar to instantaneous inspiration between the self and the outside world. Aoluguya, Aoluguya is a film with “spirit”.

Weijia and Liuxia, the main characters in Aoluguya, Aoluguya, are in a state of semi-drunkness most of the time. We can see that they are expressive in front of the camera, but this “performance” instead presents the deep cultural structure and subconscious in their thinking, making the film more real and vigorous. According to Jean Rouch, what people make up about themselves on camera is often true.

The film’s shots, like those of a drunk, are mostly light-hearted – “Aoluguya, Aoluguya” is shot mainly with a hand-held camera, with lots of shots, mainly medium ones. In the context of the wide range of movement of the characters in the film, this can collect as much information from the shots as possible. It also creates a subtle harmony between the rhythm of the film and the characters.

The whole film is to voice for the Evenki reindeer herders, so that this group, which has long been said by the mainstream propaganda that “has got out of the backward primitive production into a well-off society”, can get people’s attention again from another perspective.

See what people say about the Evenki after seeing Gu Tao’s works.

Aoluguya, Aoluguya is a nearly two-hour long documentary and we all watch quietly. The people in the film are honest and kind. Their words and actions are so simple, but deeply moved me.

They drink, sing, work hard, pay tribute to the dead, and they express their feelings directly and truly. The romantic Evenki live with deer in the Greater Hinggan mountains. I don’t know if they would be more free with the original way, but the cruelty of reality can’t always cover their inner purity and sincerity. They feel bitter, but directly and with sweet.

The story between them, each small touching inspiration, and their hearts as poems with general love for each other. All these are like a rough cloth, suddenly wipe the pure land within my heart that is covered by dust. As a result, my tears flowed down imperceptibly.

I am ashamed that I really don’t understand the original beauty of this ethnic group and the slowly disappearing state. However, the simplicity of their nature is still there. I think the people who film them and live with them are also always moved. I really want to say thank you for sending us all the good and sad things you feel.

Wish my heart could be so simple…

I sincerely wish them happy.

Aoluguya, Aoluguya is the first documentary of Gu Tao’s Evenki trilogy. Read endorsement and issues review about the second film Yuguo and His Mother.

The Energy of the Field Documentary

I think if the same subject was shot by the BBC and other internationally renowned media, the pictures might be more delicate. In addition, the explanations might be more objective and detailed, and the changes in this area might be better understood from a macro perspective.

However, this Aoluguya, Aoluguya is more subjective and emotional. What the audience gets from this is not only the perception of the result of the change of times but also the temperature of the characters. This is also the energy that the field documentary can convey and the inner expression of the director.

Learn more about how local audiences think about issues presented in Aoluguya, Aoluguya.

The Most Suitable Recorder for the Evenki

I’ve always thought that as videos become as simple and pervasive as words, there should be a natural growth of an observer who uses videos to convey the will of the place. The observer must not be a mere tourist, but rather a natural growth from within.

Not until after many years that I know, the person who entered the forest to film like fate was Gu Tao. There isn’t any more suitable candidate than him. Gu is not an Evenki, and his entry into the jungle was legitimized by his father.

Aoluguya, Aoluguya was shot at a hunter’s point (primitive tribe) in the Aoluguya township. Many years ago, Gu’s father, Gu Deqing, lived in this hunting spot. So the shooting of Gu Tao came from a kind of friendship similar to that of a family friend. There is a huge difference between this kind of access and that of television.

When Gu went up to the mountain, although there was a family friendship, at the beginning he was still questioned by the chief Maria-Suo. But Gu eventually involved in their lives very deeply. There were others filming the hunters but they put up the tents and brought the sleeping bags by themselves. In contrast, Gu slept with the Evenki, snored and farted, ate what they ate, carried water, and looked for deer together.

Learn more about this documentary by reading interview with Gu Tao.

The Narrative Tradition and Poetry of the Film

Alcohol is a drug for pain, and it is difficult to describe the social shaping of personality traits in this particular context. Because so many events took place in the depths of time, and today’s cameras can’t capture them in the present. But even so, director Gu Tao still follows a cinematic approach. His films rely mainly on the present, rather than a literal narrative that makes it easy to evaluate characters and explain history.

In fact, the film also has some subtitles to explain the rough background. But they still seem to be very few when explaining so deep problems. This also makes the film not so impatient to peel off layers of historical truth, but very slowly relying on the expression projection and spontaneous language of today’s characters. He follows the narrative tradition of direct cinema.

Aoluguya, Aoluguya successfully creates a poetic sensibility. This poetry comes from the story itself, as well as from the control of narrative rhythm and the use of sound. There are often empty shots of mountains, woods and reindeer in the film, with a slow rhythm. The voice uses ballads and music, as well as deep chanting, without any additional soundtracks.

Aoluguya, Aoluguya is the last documentary of Gu Tao’s Evenki trilogy. Read issues review about the last film The Last Moose of Aoluguya.

Gu Tao, with his sensitive visual touch, presents in his works the anxiety of an ethnic group about to disappear. Therefore, they are not from a pure ethno-anthropological perspective. His works contain warm understanding and deep sympathy. They reveal the boundless loss and pain of individuals after the loss of a group’s identity. They are photographic epics written for this ethnic group. The nostalgia among them has become a metaphor for human destiny.

Would you like to watch this movie after reading its endorsement? Subscribe now to watch Aoluguya, Aoluguya online with 20% off! And stay notified about Asia-related insights & latest offers.