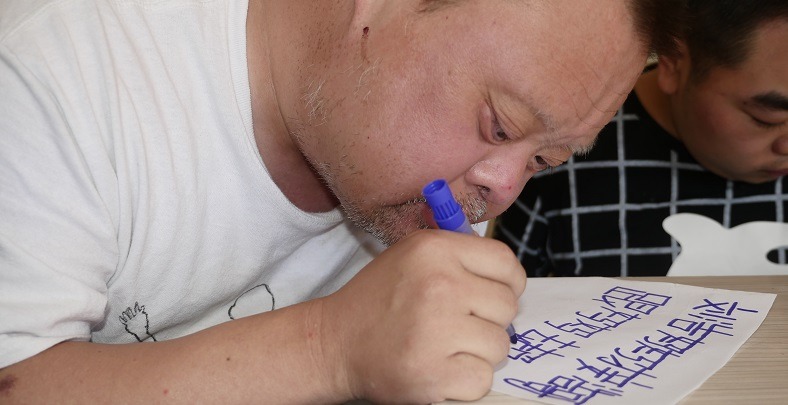 The number of people with disabilities is about 90 million, which is one in 15 people. How many have you seen in your life? Why did such a large group disappear? What’s the problem?

We translate the local audiences’ reviews about issues presented in the film into English when possible. In this way, you can take a look at what local people think about these issues and have in-depth understanding about them. The number besides the reviewer represents how many upvotes a comment/review has received.

Warning: spoilers may apply. To ensure the best viewing experience, we suggest that you watch We Will Have Everything first and subscribe now for 20% OFF.


Is a country a developed country? It does not depend on how many number one it has in the world or how many foreign exchange reserves it has, but on how it treats the vulnerable groups and whether it can properly settle them so that they can live with dignity.
-Mu Cun Tuo Sai (91)

I remember a post saying that in the UK, it’s easy to encounter people with disabilities in the community. However, the visibility of such group of people is relatively low in my country. There are more than 10 million people with disabilities in China, which is more than the total population of some developed countries in Europe. And the family population behind them is tens of millions. It’s not that they don’t exist, it’s just that social, family and other reasons make them less visible in people’s vision. To make them more visible and get more attention, understanding and care, should be what this documentary wants.
-Clyde (64)

After the screening, a 73-year-old mother with a 42-year-old son with Down syndrome asked Director Jiang: “Is everything really going to happen? I’m not thinking about how I’m going to live, but how I’m going to die. I hope he can die with dignity after I’m gone.” I respect Director Jiang and hope that more people and organizations can pay attention to and help special vulnerable groups.
-Na Zha Cong Dong Hai Lai (44)

In the end, Director Jiang’s film is just an introduction to show us the true and cruel lives of minority and marginalized groups. But then what? The director did what he could. What about our mainstream community? Ordinary people like you and me cannot change the status quo and cannot devote ourselves to public welfare. However, if you encounter them, please respect, tolerate and care for them.
-저 여기 있어 (29)

The latest data on the mentally disabled population in China is more than 25 million, which is 1 in 60 people. On the other hand, the number of people with disabilities is about 90 million, which is one in 15 people. How many have you seen in your life? Why did such a large group disappear? What’s the problem?
-joker. (20)

It is more important to respect them, understand them, trust them, and help them to participate equally as a human being in a society full of other people than to create a narrow and comfortable “captive” environment for them. Besides, it’s better not to use them to describe them. After all, there are many other people who are different in varying degrees. First, they need to be seen. Hope more people can see these lovely people.
-Kai Xin De Xiao Kai Xin (13)

In terms of social significance, the director is successful. The population base of the mentally disabled group in our country is very large, but our related social welfare and legal protection are not sound enough. It makes these people easily overlooked. We should pay more attention to their lives, so that they can enter social life as much as we can as healthy people.
-Feng Di (7)

Only by being seen and understood can they be truly accepted. Thanks to such film and creation, we constantly examine our own perspective on the world, and gradually treat everyone as an independent person.
-Huiii (4)

To be honest, when I was watching the film, I told myself to respect them and treat them as a normal person. I have hardly encountered such mentally disabled people in my life. However, I have to admit that when I really meet them, I may not be able to respect them from the bottom of my heart. Besides, do I have the courage? Last semester, the school had an activity to take care of children with autism. I hesitated for a long time because I was very scared, but in the end I didn’t go. I am ashamed of myself for having only moral awareness, but never practicing it.
-ajdhgdeuow (4)

Cold professional knowledge can never be worth the mutual respect and understanding between people. We should not only understand the needs of different groups, but also feel the difficulties of social workers, and then work together to improve this shared society.
-Han Qing (2)

Most people do not dare to face the heartbreaking marginal people, just want to escape the reality that already is cruel enough.
-Hu Zhou Wang Qiu Zhou (2)

It can be said that we, including the entire society, lack or do not give these “special” people an equal living space. I believe that as the country becomes stronger and stronger, the whole society can provide more support and help, and their situation will be more improved.
-A Bai (2)

Hao and the others are almost the happiest group of people with disabilities, living in the area with the most public welfare resources and having a good family background. I have met some disabled people who give the impression of being polite. They have a different fate from Hao. Most of the time they live by picking up rubbish. They can live on when there is a guardian. If you want them to live with dignity after the guardian leaves, one way is to optimize the social atmosphere and the other is to develop the economy. There is still a long way to go.
-Gai Shui Jiao Le (2)

Before watching the documentary, it’s hard to imagine that a mentally disabled person would be happy to earn a few bucks. Not all disabled people are able to overcome their physical obstacles and reach the peak of their lives. If they are minors, they may get more attention. But if they are adults or the elderly, who will guarantee their right to live as ordinary people? Their parents will take care of them, but what do these parents think of their children? Is it just to fulfill their duties as parents or hope that they can live as independent people one day? After the parents die, who can take care of them? These are all questions.
-Xiao Xu (1)

Domestic social service providers are great, especially when the system is not perfect, and even the service providers in the system may be treated differently (generally low wages, high turnover of personnel, low professional penetration rate). “We Will Have Everything,” but it just isn’t true.
-((̵̵́ ̆͒͟˚̩̭ ̆͒ (1)

Tags: Jiang Nengjie, We Will Have Everything