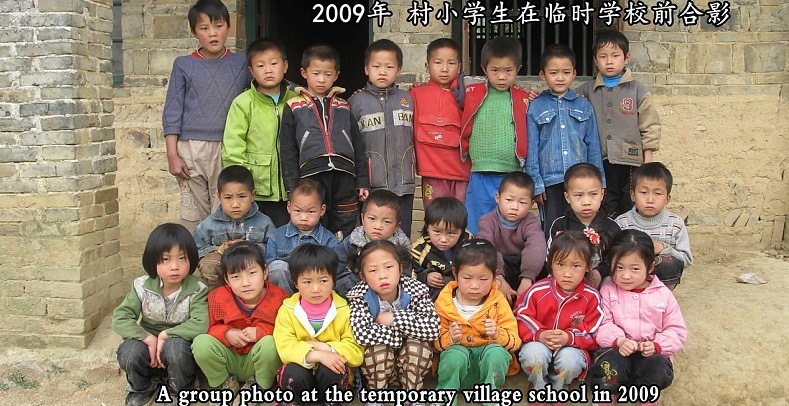 When children who didn’t have love and company become migrant workers and parents, do they have the consciousness of accompanying and educating the next generation? Are they full of love for the society? Or are they indifferent, or revenge society in various unexpected ways, becoming an unstable and uncertain factor of the society?

This article was written by Jiang Nengjie, director of documentary Children at a Village School. It was originally published in Institute of Chinese Studies, The Chinese University of Hong Kong’s Twenty-First Century August 2019 issue.


Table of Contents hide
1 Origin of Creation
1.1 Love for Movies & Being a Left-Behind Child
1.2 Merging of Schools Exacerbates the Problem
1.3 Removing Schools Creates Problems
1.4 Set up Temporary Private School
2 Left-Behind Children and Education Problems
2.1 Temporary Private School Children Situation
2.1.1 When I Was in Elementary School
2.1.2 When I Was Filming
2.1.3 Lack of Teachers
2.2 The Problem of Education in China Today
2.2.1 Resource Allocation Problem
2.2.1.1 Reasons for Going Out to Work
2.2.1.2 The Disintegration of Rural Traditional Family
2.2.1.3 Low Social Class Mobility
2.2.2 Insufficient Overall Investment in Education
3 The Cycle of Left-behind Children and Migrant Workers


After graduating from university, I went back to my hometown, Xinning, Hunan province, for many years. Meanwhile, I filmed a documentary on rural issues, focusing on left-behind children and rural education there. I continued to shoot the film for five years, and finally completed the documentary Children at a Village School in 2014.

In fact, I was also a kid from the village primary school, and this documentary followed the school I attended before.

Love for Movies & Being a Left-Behind Child

When I was in college, I developed a strong interest in films and documentaries and decided to make films in the future. I also enjoyed reading in the library. I remember once seeing an article in a magazine about left-behind children. At that time, I realized that a group of children with absent parents in my hometown village had been labeled as “left-behind children”.

Merging of Schools Exacerbates the Problem

In fact, another reason that really touched me to film this group as soon as possible was the merging of schools. In the 1990s, the merging-school policy was implemented in rural areas across the country. At that time, the village leaders and villagers strongly opposed it. However, the Guangming primary school in my hometown was still removed in this context.

However, the actual situation was not taken into account when removing schools. The village was located in the high mountains, and the children climbed the mountain road to school, back and forth for more than ten kilometers. Of course the older pupils could walk to school, but the younger ones couldn’t.

Therefore, a lot of grandparents in the village had to rent a house near the central primary school in the town to accompany their grandchildren to school. Meanwhile, most of the children’s parents worked far away. Grandparents used to farm at home, but at that time they had to move to the town and couldn’t farm. The housing and food in the town required money, causing a great burden on the villagers.

In addition, the burden of the town’s central primary school was also heavy. School space was not enough, and there were 70, 80, or even 90 people in a class. Even after teaching for a semester, the school teachers might not be able to remember each student’s name.

After the demolition of the school in my village, the village leaders had been reporting the situation, hoping to apply for the reconstruction of the village primary school. They also expressed their appeal through various relations, means, and even petitions, but it never had much effect.

Around 2007, a temporary private school was set up in my village. It was “temporary” because we hoped to rebuild the school. It was “private” as the parents of the students in the village hired a teacher and ran the school in the villager’s home only for younger pupils.

In 2008, I started to work and saved nearly a year’s salary, which was only 3,000RMB. I couldn’t wait, so I borrowed 4,000RMB from my cousin who went out to work after graduating from junior high school. Then I bought my first video camera, ran back to my hometown and began to film the children.

When I Was in Elementary School

I went to primary school in 1992, when the tuition for one semester was only a few dozen RMB. At that time, few of my classmates were left-behind children, and there was no such word. When the school started, we were generally accompanied by parents to pay tuition fees. Even if there were classmates whose parents went out to work, normally only one of the parents left, and there were not many cases.

By the time I reached my senior year of primary school, I found that more and more parents of my classmates (including myself) went out to work. Fortunately, my mother only went out to work when I was ten years old, and we had established a good mother-son bond.

When I Was Filming

There were twenty-two students in the temporary private school I filmed at that time. Seventeen of them had no parents at home, two of them had mother at home, and only three of them had parents at home. The proportion of left-behind children was high, with most of the children’s parents working as far away as 600 kilometers away in Guangdong.

The transportation was not so convenient, and it was nice enough if their parents could come home once a year. During the Spring Festival, the parents often couldn’t go home due to train ticket availability, high round-trip cost, and short vacation time. The parents basically went out to work when most of the left-behind children I filmed were less than one year old. Children had little affection for their parents. Parents who worked outside of the village had little contact with their children, and the kids didn’t know their parents well.

In the first half of 2009, I stayed in the village for three months. In addition to making documentaries, I also gave lessons to children from the village’s temporary private school. With 22 students in the school, there was only one female teacher, and she was often overwhelmed. Three months later, I ran out of money and couldn’t continue to film. Therefore, I went south to Guangdong to work to earn money.

The Problem of Education in China Today

Reasons for Going Out to Work

Reform and opening up, economic development, and urbanization all need labor force. The result has been the empty countryside, with large numbers of young rural workers going out to work. Many resources in big cities, especially educational resources, are not open to migrant workers. Very few migrants are able to bring their children to school with them, and there are many restrictions, including the Hukou system.

It is difficult to earn money by farming in the countryside. Grain prices have not risen much in the past decade, while costs of labor, pesticides, fertilizers and seeds have been rising. Therefore, although farmers don’t need to pay the grain to the state, and the government even gives farmers subsidies, many of them take state subsidies but the field is still barren.

The words of a grandmother in Children at a Village School makes a deep impression on me. She said she would rather work outside to get 800RMB a month than farming at home, because it’s so hard to make money by farming.

The Disintegration of Rural Traditional Family

Economic development has also led to the lack of family education for many children, and school education is not given due attention. It is often said that company is the best education, but children in rural areas are more of grandparenting. Besides, many grandparents don’t have a high degree of education. They are also usually busy with farm work because the young labor force goes out to work and many fields can’t be barren.

Grandparents take care of the children just to make sure they are not cold or hungry. There isn’t much education, let alone helping children with their lessons. As many left-behind children grow up, their grandparents are not able to discipline them anymore. Therefore, too many country children are addicted to games, mobile phones, and TV now. Many children don’t like to study. To junior high school rebellious stage, many children drop out of school, or go out to work after graduation. Of course, they can’t find suitable jobs, either. Some children go on the road of breaking the law and committing crimes.

An analysis of the data shows that most of the children in the urban juvenile detention center have the experience of left behind. Even if rural children can go to high school, it is difficult for them to get into universities, especially famous ones. In fact, there are very few children born in rural areas in universities. Now that the social class is so rigid, it is difficult for rural children to improve their destiny through education. It is also difficult for them to achieve social class mobility through education.

Because this society can’t provide them with a good educational environment and resources, it’s hard for them to get out. They don’t just lose at the starting line.

I heard that in terms of education expenditure, the state funds are part of it and the local government pays the rest. In my hometown, the difference of teachers’ salary, especially between regular and substitute teachers is huge. The point is that in many rural areas, it is still substitute teachers that are supporting basic education.

There are arrears of wages, wage subsidies not in place, or diverted for other purposes in my hometown. There was also a teacher strike and a group of teachers went to the county government to petition the matter. Excellent talents should be more devoted to the ranks of teachers; as first-class talents can cultivate first-class talents. But they must live with dignity, that is the premise.

The Cycle of Left-behind Children and Migrant Workers

Of course, when children who didn’t have love and company become migrant workers and parents, do they have the consciousness of accompanying and educating the next generation? Are they full of love for the society? Or are they indifferent, or revenge society in various unexpected ways, becoming an unstable and uncertain factor of the society?

Read this article from World Policy to learn more about left-behind children in Guang’an village.

If you have any questions for director Jiang, leave a comment below. We will reach out to him and post his answer.

Subscribe now to watch Children at a Village School online with 20% off! And stay notified about Asia-related insights & latest offers.

We Will Have Everything Issues Review Excerpts