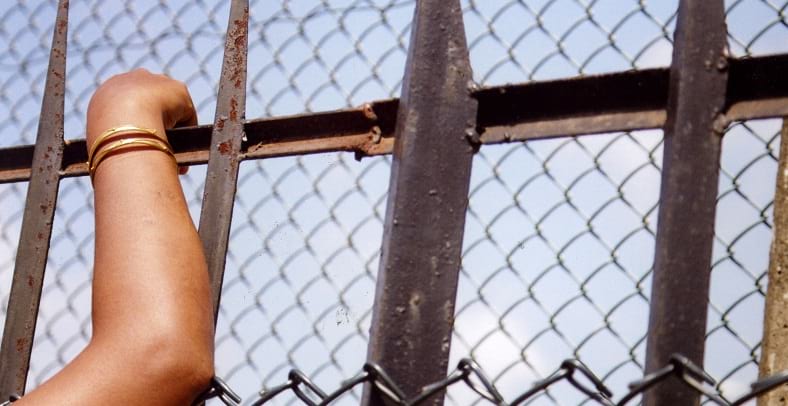 For the survival of their families, there are women who sacrifice their lives in foreign countries. They work for just a few dollars, in often atrocious conditions, while merchants make money out of the deal. This organized traffic in human beings has existed for a good dozen years between the countries of Sri Lanka and Lebanon with thoroughly disastrous consequences.

Warning: spoilers may apply. To ensure the best viewing experience, we suggest that you watch Maid for Sale first and subscribe now for 20% OFF.


Table of Contents hide
1 Special Offer Ad
2 Producer’s Statement
3 Director’s Statement
4 Modern Slavery in the Early 2000s
4.1 Everyone Is a Winner Except Sri Lankans
4.2 A Shock Awaits Them in Lebanon
5 Current Status

“We can supply Christian and Muslim housemaids, English and Arabic speaking, highly educated and experienced with house cleaning.”
“Special Offer: at cost price, with a low fee, the first call will be given the best deal. Short waiting list, payment facilities.”

Generally speaking the immigration issue and specifically the “housemaids” phenomenon has nothing new. However, today more than ever, it is a reflection of globalization. It’s also the logical outcome of the worldwide social and economic tension, affecting especially the poorest populations. These disastrous consequences on the social and family life as well as the country economy are then a major contribution to the countries unstabilization.

Sri Lanka used to be in a state of war for almost thirty years. Its population living abroad, mainly women looking for work, has become one of the biggest in the world hence inducing a human being trade.

At a time, when in Europe, the confusion between religion, culture and country of birth condemns the workers of foreign origin, it becomes urgent to pull the alarm bell and remember the fundamental human rights.

And, that is our very purpose. To do so we will listen to these women’s point of view and in the same time examine the unacceptable conditions they live in which is nothing else but modern slavery.

Dima Al-Joundi’s life and work experience is a major asset to our documentary film. She not only expresses herself as an author but also a woman, an Arabic citizen, a Lebanese and a Muslim…

I was the only Arab woman to have lived and worked two years in Sri Lanka. Therefore, I was able to get close to these women and observe their daily life. As a result, I learned the beginning of their story as well as the reasons why they left.

I started to get a feeling for this film in Colombo, the first time a touk-touk driver asked me to help his wife become a housemaid in my home country in Lebanon. Later, in a bus to the airport, I witnessed a painful separation scene. Then, during a stopover in Amman, some Sri Lankan women approached me to ask for my help.

Upon my return to Beirut, I was suddenly aware of ads in the newspapers and posters around town: “$1,100 for each Sri Lankan woman, $1,800 for a Filipino, $2,500 for a Malagasy.” I began to notice these women who had, up until then, been mere shadows to me.

I spent months observing these “maids”, in exile far away from all their points of reference, far from their roots. I spent hours trying to place myself in their shoes, to get into their thoughts… How awful!
Was it hatred, submission, spite, fear?
What did these women think of us?

Besides, what did they think about when they closed their eyes at night?
What were their dreams and nightmares?
Perhaps they had only enough strength left to collapse onto their small beds, crippled by their daily worries and uncertainty about when they would return home.

Now, I need to know how they feel about their lives, what they think of us and our country so dear to us.
Was this heaven or hell?
Are we monsters?
Are they slaves? I now need to… break the silence!

Modern Slavery in the Early 2000s

Everyone Is a Winner Except Sri Lankans

“Les Sri Lankaises”, as these laborers are known in Lebanon, represented a record number in relationship to the population. There were 150,000 of them for 4 million inhabitants.

This lucrative market had resulted from the fruit of constant effort since the end of the war. At $1,100 dollars a head for a Sri Lankan, demand was high and placement agencies were flourishing. They had developed strong ties with Sri Lankan recruitment agencies, run by businessmen who specialize in the import-export trade.

This importation of domestic help had become a profitable trade, which demanded a certain compliance on the part of the authorities who tended to look the other way in exchange for their piece of the action; compensation for giving an indispensable boost to this modern slavery.

Everyone was a winner, except of course the miserable and illiterate Sri Lankans, who unwittingly find themselves trapped in this system. Hailed by their own government as “the new economic heroines”, numerous women were attracted by promises of monthly wages of up to $130. This in a country where the average revenue in rural areas was estimated at between 4 to 20 dollars.

500 dollars was the minimum sum required for registering at an agency and doing a special training course to qualify as a domestic servant. These courses were a compulsory pre-requisite for leaving the country, even if that meant indebting oneself to do so. One must also add to this price the government tithed levied from the migrants in exchange for the right of expatriation. In spite of these requirements, many women departed relatively confident on the trail of others who had tempted the adventure before them.

A Shock Awaits Them in Lebanon

At the airport, the workers had their passports confiscated, and became in fact hostages, or rather the property of their employers. The latter, extorted by the placement agencies and the Lebanese government out of $400; for a resident card and work permit, wanted a profitable return on their investment.

At best this could mean exceeding the legal limit of the number of hours worked. In the worst-case scenarios, the servants become “all purpose maids”, in all literal senses of the term. In many cases it could mean malnourishment, deprivation of civil rights and liberties, physical abuse, cruelty, ill-treatment, and/or sexual abuse. It was estimated that only about 10% of domestic servants were well-treated in this modern slavery.

These “Sri Lankaises”, deprived of their identities, discovered dumbfounded that their name was in fact a mere generic term used to designate all foreign domestic help… whether they be Filipino, Madagascan, Ethiopian or actually real Sri Lankans. The only exception appeared to be Africans who were considered “abed”, which means “slave”!

To their gross misfortune, these women could not demand their rights, since domestic servants were excluded from the Lebanese work code. Some of these “all-purpose maids” turned into “run-away maids”, who were quickly caught and accused of theft by their employers to cover up the reality. By suicide or murder, some would come to their end as “maids of death”.

This kind of modern slavery had been a real tragedy.

The above information is provided by Les Films du Soleil.

Sri Lankans have been banned to come to Lebanon, so the only Sri Lankans here are freelancers (meaning either illegal or they pay their work residency by themselves which is a lot as they are still paid peanuts.)

The problem is that other maids have arrived from Ethiopia (a lot) and from Philippines. In addition, the worst now is since Lebanon’s economic crisis, most of the migrant workers are without salaries as Lebanese cannot afford to pay in USD anymore.

And their embassy in Lebanon doesn’t help them go back home…real tragic situation!

Below is a Facebook screenshot showing a Lebanese woman asking her female friends if they have any maid to sell and she is confirming that she will pay in USD. (There is a huge inflation in Lebanon, so having dollars in Beirut is a huge deluxe these days.)

The above information is provided by film director Dima Al-Joundi.